I never knew I wanted to be an artist, until art found me

First through dance; I performed in over 10 countries worldwide and earned a Guinness World Record in my style of dance called Whirling. I achieved 3,500 turns in 1 hour.

Then I became vegan and I felt the urge to create something meaningful in a new way, something not just for myself, but for others; the animals. ARTivism. I draw Caligrammes and I do street art in chalk.

Through art, one can strive to instill new thoughts and feelings in a stranger’s heart. There is a hope that this grows and blooms into a firm conviction and altered behaviour. This in the end may lead to a kinder world.

I hope with my art to change someone’s heart and mind. To welcome a new vegan into our community

I love the satisfaction of having created something, and the sharply contrasting feelings of doubt and dismissal that have led to it.

The bird Moho Braccatus, named by the native Hawaiians ʻōʻō ʻāʻā, went extinct through manmade causes in 1987. His species is one of many that we have lost forever. The last of his kind, a male, sang his mating song to a female who would never come. His song was recorded and it’s eerily touching. This is for you, ʻōʻō ʻāʻā

As they have been here long before humanity joined in. They are awe-inspiring in their knowledge and abilities. That is the little we know about them.

To animal activists and conservationists, I say ‘Don’t despair’

There are many of us who have woken up already… and we grow more and more numerous every day.

Dare to address the elephant in the room with animal cruelty. Stand up!

See something – say something. Make it a topic amongst friends. I firmly believe in a vegan world to come. But we have to work indefatigably in order to achieve it.

This depicts the story of the Baiji Yangtze River Dolphin, a large mammal that recently went extinct due to human interference. The fragmentary text highlights the 2006 expedition of a global team of marine scientists from six nations. The team searched the Yangtze river, covering 3,500km over 6 weeks – in vain. They did not find a single dolphin and, tragically, had to declare the Baiji Yangtze River Dolphin extinct. I created this piece for a fundraiser of The Creative Earth Projects. All auction funds went to The Dolphin Project. 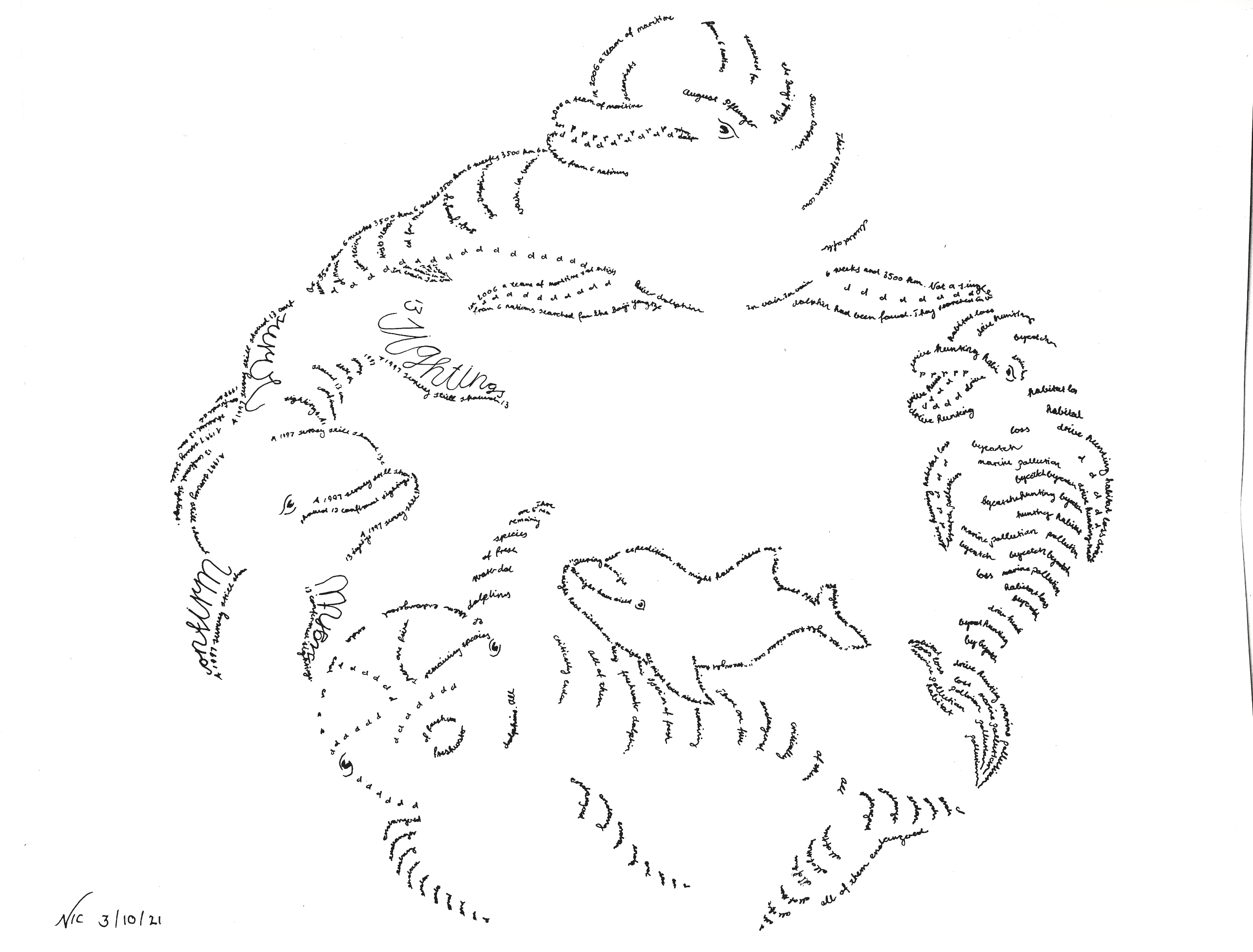 I boycott brands with deforestation in them, as any human with humanity within should…