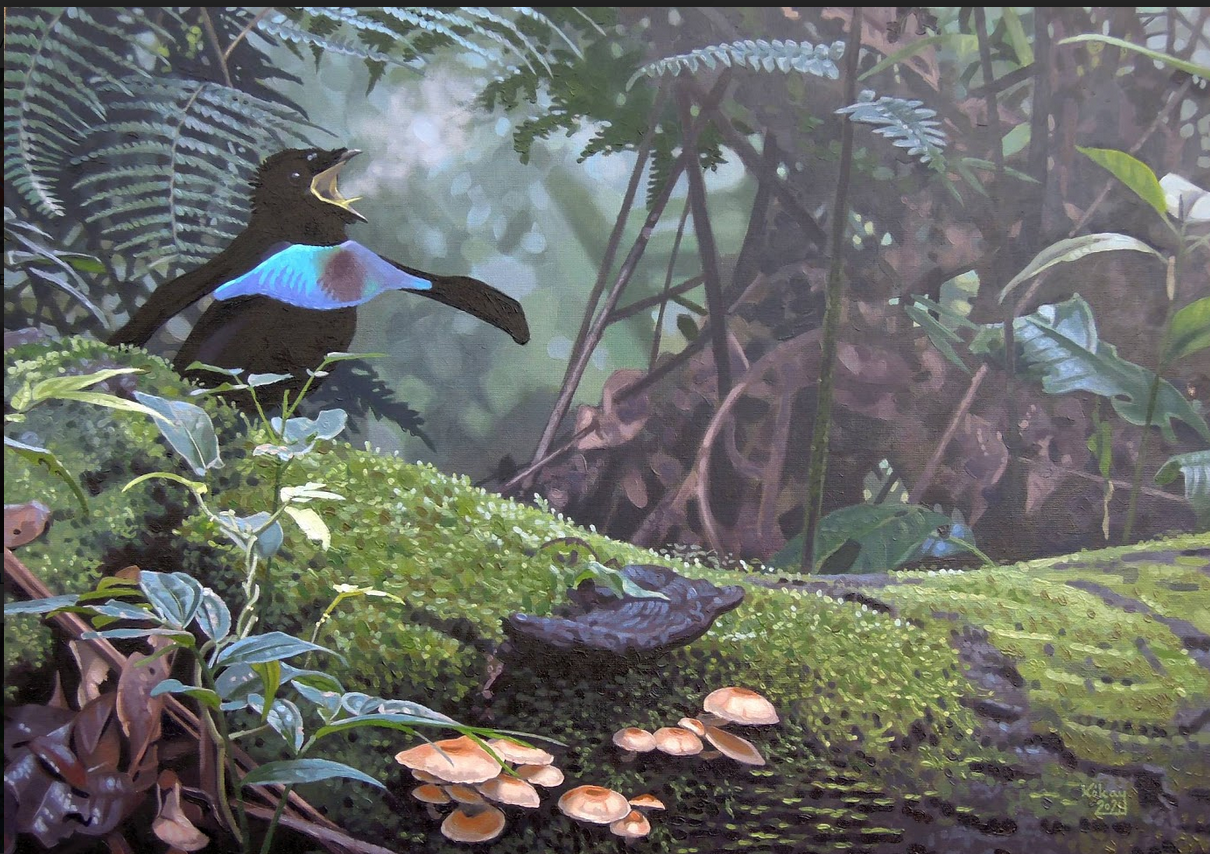 Szabolcs Kókay was born in Hungary in 1976, and has been interested in nature, especially birds, since childhood. Although he has been drawing for as long as he can remember, it was only later on in his life, around the age of 20, when these two interests merged. For Szabolcs, watching and sketching nature go hand in hand, so much so that he cannot imagine doing one without the other. When potraying wildlife he is trying to have a vision of the animal within its natural habitat. That’s why he travels in search of new inspirations (like Snow Leopards in Ladakh, Birds of Paradise in Papua New Guinea, Spoon-billed Sandpiper in China).

Szabolcs Kókay @kokayart is a talented, respected and award-winning wildlife artist with a passion for animal conservation. Find out more about him and submit your #wildlife #art #artivism to Creatives 4 Cool Creatures #Boycott4Wildlife

After working in nature conservation, Szabolcs became a full-time artist and illustrator in 2001. He has won many international art competitions including the former British Birds ‘Bird Illustrator of the Year’ award, and Birdwatch ‘Artist of the Year’.

Study trips have taken him to various places around the world, including Trinidad, China, India, Australia, Papua New Guinea, Morocco, Uganda and Japan.

Over the years, Szabolcs’ technique when approaching painting wildlife has radically changed, as he used to work solely from photographs. He feels that the revolution in digital photography and the invention of digiscoping attributed much to this approach. He now feels lucky to have realised over time the importance of working directly from life, and in recent years he has tried to spend as much time in the field as possible.